Turkish chemical industry has developed significantly in terms of quality, productivity and protection of the environment.

Chemicals are indispensable to modern life and the development of the chemical industry has helped to elevate the standard of living, an indicator of the level of industrialization in a country. Chemical industry products contribute significantly to growth in other industrial sectors. At the beginning of the 20th century there were a few chemical establishments, manufacturing soap, liquorice extract, valonia extract, etc, within the boundaries of the Ottoman Empire. After the establishment of the Republic of Turkey till the 1950s, these chemical works passed through a process of corporation and production began in some fields such as explosives, medicine, agricultural chemicals, detergents, printing ink and textile dyes and involved the final stages only. It was only after the 1950s, especially during the planned economy period, that the development of the chemical industry in Turkey accelerated. Between 1960 and 1980 economic policies were based on import substitution and public sector investments were directed to petrochemicals, fertilizers and basic organic and inorganic chemicals, the fields which required high investment, with low profitability whereas private sector and foreign investments were directed to pharmaceuticals, synthetic yarns, soaps and detergents. In 1980 Turkey started to follow a new export-oriented economic policy. As a result of these successful policies, production and exports of the manufacturing sector boomed. The chemical industry, likewise, benefited from the new economic policy and showed an impressive increase both in production and exports. Today, the Turkish chemical industry with its modern technology and diversified products is the key component of the industry and integrated into supply chain of national industries, especially, textiles and automotive sectors.

Turkey has been manufacturing chemicals for very long time, being a producer of many basic and intermediate chemicals and petrochemicals. Turkish chemical production includes petrochemicals, inorganic and organic chemicals, fertilizers, paints, pharmaceuticals, soaps and detergents, synthetic fibers, essential oils, cosmetics and personal care products. The majority of chemicals production is done by the private sector. In the chemical industry, 30 % of the production has been directly used by the consumers whereas 70 % of production has been benefited in other sectors as intermediate goods and raw materials. Turkish Chemical industry has been seen as a sector dependent on imports as regards to raw materials and technology. However, Turkey is among one of the leading countries in the world that has boron, chrome, soda ash and trona reserves. The chemical industry, together with the sub-industries such as plastics and rubber, employs nearly 200.000 people and has about 6,2 thousand companies manufacturing various chemicals. Very small percentages of the existing companies have more than 150 employees. Most of the companies in the chemical industry, especially private sector companies, are located in Istanbul, Izmir, Kocaeli, Sakarya, Adana, Gaziantep and Ankara. Turkish chemical industry has developed significantly in terms of quality, productivity and protection of the environment, and is in the process of adopting the EU’s Technical Standards. In addition, the responsible care, the chemical industry’s trademarked non-compulsory initiative on environmental, health and safety issues, has been successfully implemented since 1992  . 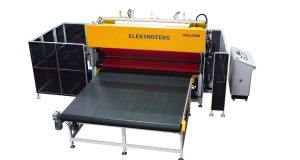 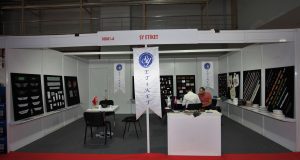