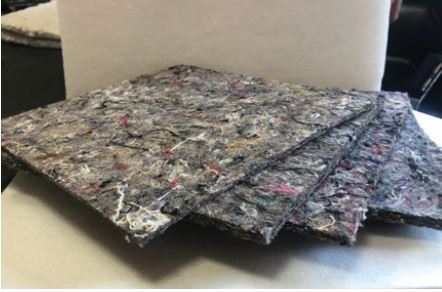 Polifelt, been in Politeks, one of the largest suppliers of raw materials of felt manufacturers in Turkey for 20 years, announced it will open the second felt production line in December.

Polifelt General Manager Murat Cengiz, said that when the first felt line, assumed as the first one in Turkey according to the quality and the capacity, begin to produce, the second felt line of which building was decided, will produce on December, declared that their aim is to open 4 felt lines and to be among the best ones.

As the new player of the sector, can we first get information about Polifelt Company?

Polifelt entered the non-woven sector in 2020 by the founders of Politeks Fiber Company with its experienced team of experts and all domestic production machines. The current monthly production capacity is 600 tons per month, and it plans to start the second production line at the end of December and reach a monthly capacity of 1200 tons with 2 production lines in 2021. 70 personnel are employed in our company; this number will exceed 100 at the beginning of the year. Politeks fiber has been the largest supplier of raw materials producers felt in Turkey for 20 years.

We know that felt is a very old product; can you talk about the history of felt?

Felt has been used as a spring protector especially in the furniture industry in our country for about 40 years. It is also widely consumed in the automobile and white goods sector. It has been used as an insulation product in the construction sector in recent years.

We know that you also produce domestic machines for felt production. You will also add a new line. Can you give detailed information on this subject?

Buying machines to be used in felt production from abroad requires a lot of budget. In addition, our preference is for the domestic machine, as the supply period is long. With the decision taken by Politeks fiber partners, we decided to make the felt line completely local with engineers and team who have served in the sector for a long time. It was decided to make the first felt line in Kayseri. 6 months as a period ending manufacturing and assembly have its production and assembly have been finished in 6 months and began to produce, and also is the only one in Turkey in terms of both quality and capacity are considered only in Turkey.

We decided to produce the second felt line when the first felt line was put into production. Production has started with engineers and their team, in our factory and 60 % of it is completed. We are planning to start production in December. In addition, our goal is to establish 4 felt lines (2400 tons / month) and become the leading company, leading the sector.

The usage areas of the felt are very wide. Which are your target markets?

We operate in markets such as furniture, beds and sofas. After achieving the capacity and success we target in this market, we aim to be a strong and reliable supplier in automotive and white goods markets. It will give us happiness to hear the Polifelt brand in the following years.

If felt is also considered as a recyclable product, it prevents substitute products, can this be seen as an economic support for the sector, and should the use of products be increased?

It forms a very good market in this sector as the felt is produced from recycling, textile waste, carpet waste and similar products. This provides employment in the sector, and the best part is that it prevents pollution of the environment. Since it is environmentally friendly, the use of felt consumption should be increased.

How many types of felt do you have to produce, will you have innovation products in the future?

We will have innovation products; we began to study on this topic. Our currently felt products are;

As the names behind the Polifelt brand, where do you position the future of your company?

The Polifelt brand will be among the best in the industry in the future. Our main goals are to reach more capacity, to become a better quality and reliable brand, to provide more employment, and to provide foreign currency inflow to our country by exporting to more countries.

“We ship felt to about 30 countries”

We have a current capacity of 600 tons. We are sending approximately 45 % of this figure abroad the rest is sent as pressed to many cities in Turkey. In the foreign markets, we mainly export felt to major European countries such as Romania, Czechoslovakia, Poland, England, Ireland, Bulgaria and Macedonia. We ship certain amounts of felt to approximately 30 countries. Our goal is to give more focus to abroad in the future.

Where do you see the future of the mattress industry and what should the industry do for a rising momentum?

2020-10-29
admin
Önceki: Heimtextil presents the 2021/2022 trends
Sonraki: Nerteks – a respectful brand in the yarn and sewing thread industry for over 4 decades 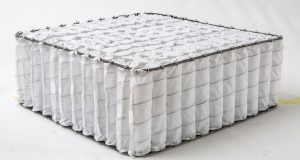 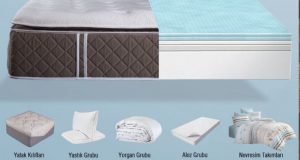 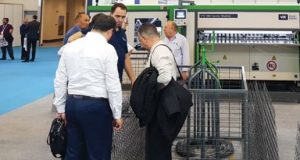