Anasayfa / Other / Turkey becomes an attractive base for Gulf investors 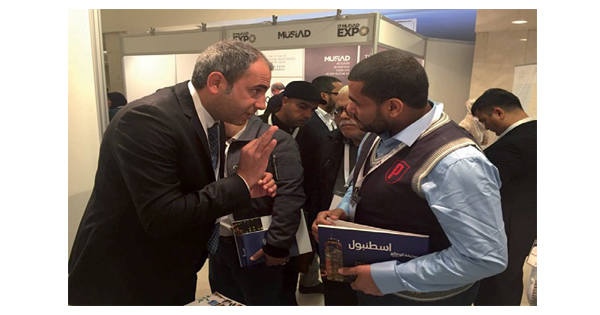 Turkey becomes an attractive base for Gulf investors

Göksu said that they brought hundreds of investors from the Gulf countries to Turkey last year and that this year they also hosted 163 investors primarily from Saudi Arabia in Mersin and 200 in Konya.

Göksu said in a statement that interest from investors from the Gulf in Turkey is increasing.

Prefacing that Turkey’s economy is growing, Göksu said investors are coming to Turkey to address the domestic market and realize imports already made with other countries from Turkey. “This is a golden opportunity for us. We will make Turkey a base in investment and exports. Because Turkey is a very attractive country,” Göksu said, adding that investors examine the incentives in all countries.

He said that Turkey is a suitable country for investment and that investors rely on Turkey and its stability. “The heart and soul of the Arab world is with us. They want to become locals by converting this love into investment in Turkey. Hopefully, just like every year, we continue to increase the investments this year by bringing hundreds of investors in Turkey.”

Göksu said they bring investors from different sectors to Turkey every year. “By introducing Gulf investors to companies in Turkey, we enable investments and exports to increase and partnerships to form, paving the way for Turkish businesspeople who want to expand their businesses,” Göksu said.”As we introduce these companies to Gulf countries, we are bringing together people who work in a certain sector we determine every year.” Last year they brought together Turkish companies and investors operating in energy and Göksu said that this year, they brought together businesspeople working in agriculture and livestock from both Turkey and the Gulf. “We aim to reduce the meat imports of our country and turn it into an exporter. Our geography is very convenient for this,” he said.

Pointing to investors’ desire to come to Turkey, investment and become locals, Göksu said despite the fact that these people procure the products they import more cheaply from other countries, they see Turkey as a supplier in animal consumption and added that they will bring these people to Turkey.

Göksu previously said they will familiarize Arab investors with investment opportunities in Turkey and introduce them to domestic firms. He said that interest in the forum was well above their expectations and that they plan to organize a second forum to meet demand.

“With these activities, we aim to introduce investors from Gulf countries to domestic investors and present the opportunities Turkey has to offer to foreign investors. Our goal is also to bring Arab investors together with those who do the same work for them to establish partnerships and enable them to carry these partnerships to other countries,” Göksu said.

Göksü said that last year they hosted very productive programs in Diyarbakır and Şanlıurfa for 50 businessmen from Saudi Arabia, Qatar, Kuwait and Bahrain who participated in the 8th Middle East Agriculture, Livestock, Poultry and Dairy Industry Fair. Arab investors who and made connections with local companies continue to closely follow the domestic market, he said.

According to Manufacturing Risk Index 2018 research carried out by the commercial real estate consulting firm Cushman&Wakefield, China has maintained the lead in global manufacturing, while Turkey with a cost advantage, infrastructure investments and geographical location, has entered the top 10 in the world.

Withthe research, which examines a range of risks and cost factors, n the framework of research including political and economic risks as well as labor cost, a comprehensive assessment of the attractiveness of 42 countries for global manufacturing was carried out.

The report said the global economy remains in good shape despite the uncertainty surrounding the future of U.S.’ trade policies, the shape of Brexit in Europe and heightened geopolitical risk in the Middle East, parts of Asia and Latin America.

“Global GDP [gross domestic product] growth is forecast to accelerate to 3.2 percent in 2018 from 2.9 percent last year. Multiple factors support this outlook: The robust economic fundamentals of the U.S., Europe and China, a cautious monetary policy by the major global central banks and strong trade growth. The global exports of goods are expected to grow by 5.5 percent in 2017 – their fastest pace in five years – and by over 4 percent in 2018,” the report read.

Industrial output in 2018 is projected to increase by 3.8 percent globally – its fastest rate since 2011 – and by 3.0 percent in Europe, the report said.

“Emerging manufacturing locations in Turkey, Romania and Bulgaria are increasing in attractiveness based primarily on cost,” it added.

With infrastructure investments and the strength of its geographical location, Turkey continues to be the leading production base in the world. Its cost advantage, infrastructure investments and geographical location has enabled the country to enter among top 10 in the world. In his assessment regarding the report, Cushman&Wakefield managing partner Tuğra Gönden said economic, political and technological developments that have rapidly evolved have affected countries’ positions in the production market.

Gönden also indicated that it is possible with long-term structural trends and strategic positioning to ensure growth and sustainability in an increasingly competitive global manufacturing arena.

“Located at the intersection of Europe, Asia, Russia and Africa, Turkey’s geographical location and high-tech infrastructure investments offer significant advantages in terms of the global manufacturing market. Despite the geopolitical risks faced, our country continues to be the production base of Europe and the world. I believe that by correctly evaluating the location and potential of Turkey, the country will be a shining star in production in the long term,” Gönden said

Foreigners account for 80 pct of investors in public offerings

Borsa Istanbul Stock Exchange started 2018 with a number of highly qualified and large public offerings with values exceeding TL 12 billion ($3 billion).  Focusing on the public offerings that have taken place in the first quarter of the year, Borsa Istanbul Chairman Himmet Karadağ announced  that more than 80 percent of investors were foreigners.

Himmet Karadağ noted that realizations in the stock exchange are quite different from perceptions which are aimed for the Turkish economy.

Commenting on the public offerings of large local companies, Karadağ said that some of them have been made to domestic investors, with a higher demand of seven to eight times, while foreign investor interest has been intense in others.

“Foreign investors bought more than 80 percent of the shares of Turkish companies in the public offering,” he said.

Pointing to negative assessments by international credit rating agencies, Karadağ stated: “Sales have taken place like this despite negative and prejudiced assessments by credit rating agencies about us in the recent period. This is because investors, of course, look at and pay attention to the views of rating agencies and international financial institutions, however, they are basically going to companies that will maximize their own returns. These companies are a part of the Turkish economy.”

Underlining that Turkish companies have very dynamic and sustainable financial situation, Karadağ said when they make the right investment decisions, they offer very high returns. Emphasizing that capital markets in Turkey are still attractive, Karadağ continued that the Borsa Istanbul Stock Exchange had a return of more than 47 percent last year.

According to Karadağ, on the one hand, there are international credit rating agency reports suggesting “not to invest in Turkey,” and on the other, there are investors who earn 47 percent in revenue.

He stressed that facts always shoot ahead of negative perceptions, saying, “We have positive micro-company financial statements this year. That is to say, in many sectors with a few exceptions, our companies are announcing very good financial situation that cannot even be compared to the previous year.”

Karadağ further said that public offerings in the first quarter of 2018 have exceeded TL 12 billion, adding that foreign investors have a share of more than 80 percent in these offerings. He underlined that rumors and realizations are quite different.

He explained that Turkey’s story is about its economy and the dynamism and vitality of Turkish companies. “The return of foreigners investing in proper companies larger than medium sized are pushing 20 percent on dollar basis. There is no such return in companies in developed countries. International credit rating agencies and international financial institutions have the same indicators,” he said.

“You know how many times institutions like the International Monetary Fund (IMF) and the World Bank have upwardly revised macro indicators about the Turkish economy and economic growth. Our economy has grown by 7 percent as opposed to 2 to 3 percent they estimated. Moreover, our companies have positive situations.”

He said markets have properly read Operation Olive Branch in Afrin, which was backed by an overwhelming social support. Karadağ added that the operation has ensured stability and peace environment there.

The Borsa Istanbul chairman also noted that peace environment reinvigorates lingering economic activities and reaccelerates value-added production, as well as enabling markets to make right decisions as opposed to what credit rating agencies and other international financial institutions suggest. “Rating agencies need to be properly examined. Sometimes they make these kinds of moves to buy a product at a rock bottom price,” he said.

Reminding that they completely changed the parameters and directions of public offering and quotation last year, Karadağ said: “Previously, we had different conditions special for sectors and sizes such as ‘announcing net profits for the past two years.’ We have revised all of those conditions in a facilitating way for public offering companies.” 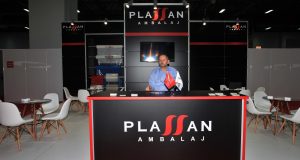 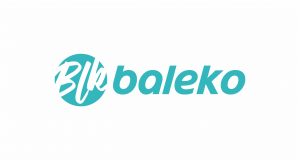 Baleko always aiming to be a leader in the production of soft furniture, bed box and mattress