How is memory foam manufactured?

The first memory foam material was invented in the 1970s by NASA. At that time, NASA was trying to come up with a material that could cushion the astronauts when taking off due to the high G levels.

The material was invented yet never made it to any space program. Instead, several medical companies saw the potential of memory foam material and adapted it to be used in the medical industry to help relive bedsores.

As the chemical composition of the foam is mainly polyurethane, it is combustible. If the foam gets ignited accidentally, it can spread the flame rapidly and also emits toxic gases. Hence some of the manufacturers in America treat them with flame-retardants like Polybrominated diphenyl ethers (PBDE). Some of the studies of PBDE have shown that they are causes for the impairment of nervous and reproductive systems in animals. Memory foam keeps away the dust mites and mildew due to its chemical composition, as these mites feed on natural fibers like cotton.

Memory foam is produced in a complex multi-step process that takes a full workday. Memory foam mattresses differ from conventional innerspring mattresses by molding to the sleeper’s body shape and slowly springing back to their original shape. Memory foam has an open-cell structure, where the foam cells have holes that allow them to pass their air to adjoining cells when under pressure from a user’s body. Also, memory foam cells are temperature-sensitive; the warmer they get, the more they compress. This body molding process reduces discomfort from pressure points where bony body parts contact the mattress.

The process starts with polyurethane plastic, to which the maker adds a proprietary chemical blend from families of petrochemicals known as monols and polyols to impart the correct type of slow flexibility, and fillers such as calcium carbonate to add body and reduce tackiness. The mixture is heated until the ingredients melt together, then whips and churns the hot mixture to introduce the air that makes it foamy.

To go deeper in the system experts say that the main constituent of memory foam is polyurethane. They are chemical substances with linear polymers which are made of carbamate groups (-NHCO2). These groups are called urethane, formed by the chemical reaction between a polyol and a diisocyanate. Polyol is a multiple hydroxyl group bearing alcohol and diisocyanate has two isocyanate groups. Isocyanate is a functional group with a single nitrogen, carbon and oxygen molecule. The ratio of polyol and diisocyanate used for the process is 1:2. When these compounds react with water, in the presence of catalysts like tin and amines, it forms cells which are very similar to bubbles. The size of the bubbles is controlled by surfactants, which lowers the liquid surface tension.

This reaction is an exothermic reaction and the product formed is a liquid. The foam, about the consistency of soft dough or ice cream, is poured into a slab mold at a precise rate and temperature. The hot mixture is agitated within the mold as the air is pumped out, forming the open cell structure. The mold is dried very quickly to form the foam or polyurethane. The slab mold is cooled again and the foam is removed, washed, dried and inspected. The foam slab is then clipped into mattress-size sections that are stored until they’re assembled into a memory foam mattress. The reaction takes about 5 minutes but the whole foam manufacturing process takes about eight hours. 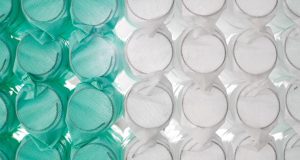 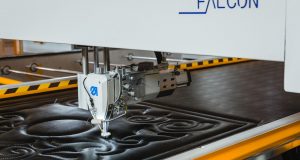 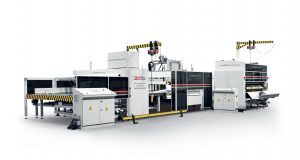