Anasayfa / ACTUEL / The show of ‘Innovation, Technology and Design’ trio in Istanbul 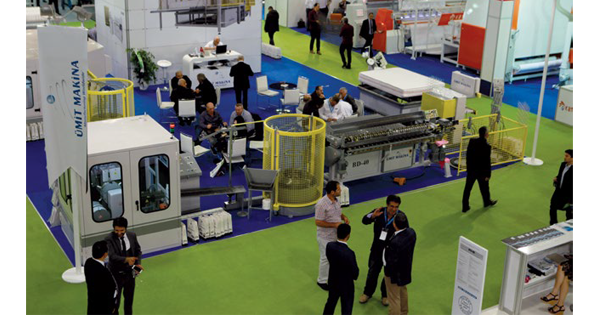 The show of ‘Innovation, Technology and Design’ trio in Istanbul

SLEEPWELL Expo, the only Show in both wings of the industry, the main industry and the subindustry and technologies, brings the professionals of the sector together in Istanbul Expo Center, 20-23 October 2016.

From raw materials to the finished mattresses, including the supply industry, components, machinery and technology SLEEPWELL EXPO Istanbul is the event showing the trends and latest products. The last edition of Sleepwell Expo – Mattress and Technologies Fair, which is the first and only fair in Turkey in its field, became an arena where 101 exhibitors, of which 79 were domestic and 22 foreigners, and 5,238 professional visitors followed.

The mattress industry to focus this event 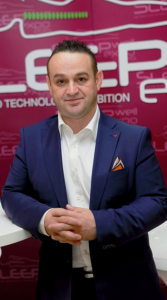 distributorships, chain store purchasingauthorities, local furniturestores, professional import andexport firms, designers, hotel purchasingmanagers, interior designfirms, experts of the private sector,mattress industry buyers andtrade press portals… In short, allmembers of the industry come togetherat the Sleepwell Expo-Mattressand Technologies Fair.Turkey continues to pursue itsdevelopment worldwide with itsrapidly increasing population, advantageousgeography, and contributionof exports by its advantageousgeography. One of themost important sectors in Turkey,without any doubt, is the mattressindustry, mattress machinery andcomponents industry. Developments, innovations and examplesolidarity of the sector which hasbeen performed in the mattresssector in recent years, have becomethe factors which affect thesleep products sector positively.Correspondingly, many positiveeconomic indications which havebeen performed on behalf of the country and the sector in recent years, many regulations and directives made for the business volüme and the mattress sector which has grown depending on the flow of foreign investments, indicate the importance of the SLEEPWELL Fair, which is an important area in the country. The mattress main sector, sub-industry, machinery and equipment fair which has been awaited for a long time by all sleep products industry professionals, will be successfully held for the 3rd time in Istanbul Fair Center, which is located opposite the Ataturk International Airport, 20- 23 October 2016. The mattress industry in Turkey is growing rapidly. It has been known that the sector has reached the sales figures of 4 million in the local market in 2014. 95 percent of the market has been consisted of spring mattresses and remaining 5 percent of foam mattresses. The size of the market is very close to TL 1 billiard and the growth rate is 7%. 10 thousand

mattresses of Turkey’s total 20 thousand daily are produced in Kayseri. After Kayseri, it comes Istanbul and Izmir. There are more than 400 manufacturers in Kayseri. The production capacity of these firms approaches to 2.7 million. Kayseri holds the half of the total production with 2.5 million mattresses. The share of the sector in the foreign market is approximately 60 million dollars. Kayseri performs more than half of the total export value. The mattresses, which are produced in Kayseri, are exported mainly to France, Germany and The Netherlands and other European countries and the different countries of the Middle East. Representatives of the industry express that the trends that are seeking healthier, more comfortable sleep environments, play an important role in growth. According to the industry representatives the 3 million of the 4 million mattresses sold, have been sold to the individual consumers, 1 million to the institutions such as hotels, dorms and hospitals. There are around one thousand hotels which are under construction with 800 thousand-bed capacity in the country and the private sector hospital investments are accepted as an indicator that the growth in the industry will be continuous. With the rising success trend of the industry, the request to announce this success publicly, the desire to have a say in the international areas, the expectations from the industry and that the Voli Fair is able to respond to these expectations and therefore Sleepwell Expo Mattress and Technologies Fair was appreciated by the mattress industry and the fair resulted in a great success. The mattress industry officials now have bigger expectations from the 3rd Sleepwell Expo Mattress and Technologies Fair, which will be held 20-23 October 2016, after the success achieved at the fair and both the organizer and the exhibitors started to work for the grater targets. Istanbul Fair Center which hosts Sleepwell Expo Fair in its 9-10 and 11. Halls, is located in the area of Istanbul Ataturk Airport. Istanbul Fair Center is the most appropriate place to arrange the Sleepwell Expo Fair both with its infrastructure and transport and technical specifications. The venue of 18 thousand square meters in total with its lounge and technical facilities has greatly contributed  to perform the fair successfully. The fair venue is very close to the airport in the terms of the international visitors. It is also very close to the subway station and to the intersection point where both TEM and E 5 connections. The service busses operated from the subway as the ring provided an advantage to visitors of the fair. “Our team who worked very intensive to perform Sleepwell Expo Fair successfully, had no difficulties to reach the information because of the industrial publications which have been  published by Istmag Magazine Group, a group company with fair organizer Voli Fair,” Omer Faruk Gorun, Project Manager of the show, said. “Sleep Well and Sleep Tech magazines became the main media sponsors for the fair and since they publicized the event to the world at the preparation period, the show attracted a great many exhibitors and visitors from around the world.”

Discover the story of mattress inwhich we spare one third of ourlives!

To see the latest trends in the mattress in which we spare one third of our lives, all people who care for good sleep, welfare and health are invited to visit Sleep- Well Expo 2016, the first and only specialty fair of the industry to be held in Istanbul Expo Center, 20- 23 October 2016. Official carrier solution partner is

SleepWell Expo 2016 made a prestigious contract for transportation and signed an agreement  with Star Alliance as the official airline group. The exhibitors and visitors flying for SleepWell Expo Istanbul will get discounts up to 20% in Business and Economy Class flight statuses with the 27 member airlines over a flying network of 193 countries. SleepWell Expo 2016 preparing tohost the world mattress industry As the first and the only fair in its field in Turkey, SLEEPWELL EXPO is a show bringing mattress main industry, sub-industry, machinery and components industry professionals together. The fair is an excellent platform to launch and to see the latest technologies, innovative products and latest collections. To be held on October 20-23, 2016, the fair had hosted 101 exhibitors of which 79 were domestic and 22 inter- national and 5,238 professionalshad visited the show last year.Organized by Voli Fair ServicesCompany, SleepWell Expo Istanbulbrings all professionals of thesleep products industry togetherand visitors come from all partsof the world especially from theneighboring countries. The fairattracted especially the interestof those world brands who wantto sell to the Turkish market, andthose who want to invest in andpenetrate into Turkish market.The CEOs of the world mattressindustry, top officials, purchasingmanagers, manufacturers, consumers,domestic and foreign representativesand dealers all attendthe fair. The Sleepwell Expo Showembraces and brings all collaboratorsof the sector together. It is areal trade platform for all branchesincluding the main industry, thesupply industry, machinery andequipment industrialists. 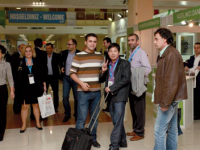 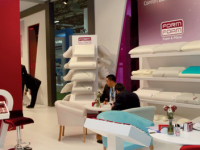 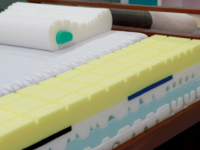 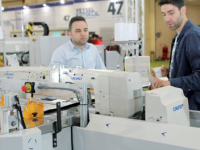 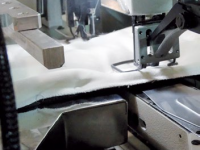 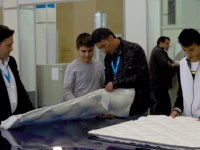 actuel design Innovation technology TechnologyDesign 2016-10-05
arif
Önceki: New products and machinery lines from Kisbu
Sonraki: LEOTEXT at the service of manufacturers to reduce their costs even for more efficiency 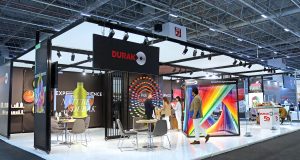 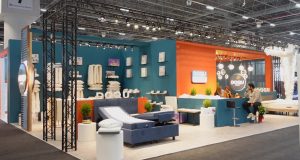 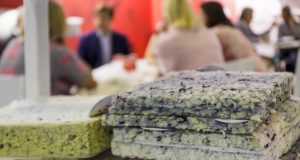